Taking A Close Look At Stamping Die in Manufacturing

The operations of metal stamping dies are called cold-forming operations because the dies are not induced with heat. But because of friction, a certain heat is generated. And so the component might be hot when it is ejected out of the stamping die. Manufacturers make a variety of things using the stamping die. They could range from a paper clip to parts of a huge aircraft. This also would mean that the size of the stamping die varies greatly. It could be so tiny that it could fit in the palm of your hand or could be big enough to make an automobile’s entire body.

A component thus produced by the stamping die is called a ‘piece part.’  Certain metal stamping dies are able to produce more than one ‘piece part’ for each cycle. They can also deliver 1500 strokes for each of that cycle. What enables these dies is the force from the press.

The stamping dies to vary greatly. Although they are customized according to the component they need to create, they perform all perform the basic function of cutting and forming or perhaps both functions. There are line dies that are either loaded manually or robotically, but the transfer dies and progressive dies are fully automated.

Zooming in on the kinds of stamping die

when a die is designed to perform one single operation at one stage in one stroke then it is called a simple die.

At one stage when a dies performs more than one cutting operation with just one stroke then it is called compound die. Production rate increases with this kind of a die because it can produce one entire component in just one stroke.

As the name itself suggests, as the metal progresses from one stage to another, the cutting operation is performed with one stroke but at different stages. The production rate is the same as the compound die because this also produces a component with one stroke. In this variant designing the metal stamping dies is much easier because the operation is performed at different stages.

This type of stamping die is quite similar to that of a progressive die, except for the fact that the blanking is done at the beginning of the process, not at the end.

At one stroke and at one stage if the die is designed to perform a combined action of cutting and forming then it is termed as a combination die.

The name is self-explanatory. When a stamping die is designed with more than one die and they are arranged in parallel to produce more components then it is called a multiple dies.

How soon does a die, die away (or what is the life of a die) in the process of precision metal stamping? 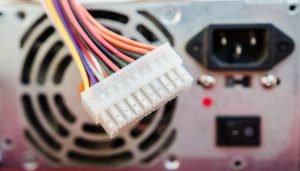 The Principles of Manufacturing an Electrical Connector Why is Custom Metal Stamping Crucial for the Medical Industry? 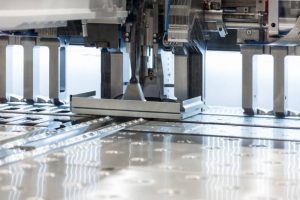