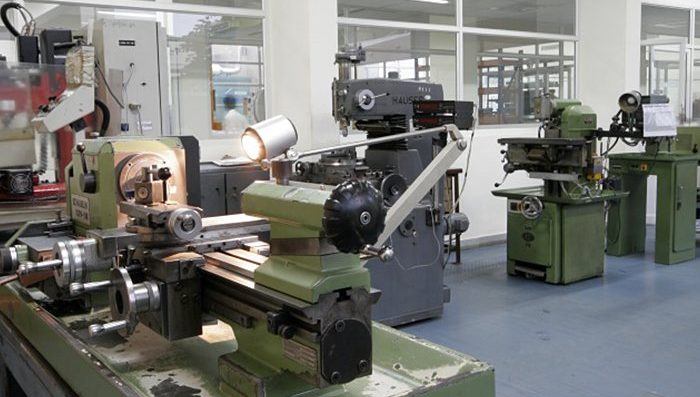 A proper die set is a critical component of die engineering. The two most common metal stamping die sets are progressive die and compound die. Both are metal stamping techniques that find a myriad of industrial applications. Because each product has a distinct end-use, it is critical to select a stamping die that can produce a precise product at the lowest possible cost and in the shortest amount of time.

Progressive die stamping is ideal for long production runs due to its high repeatability. A single machine with multiple die stations is used in this metal stamping method. Each station where a stamping operation is performed automatically moves a metal strip of stock material. The finished part must then be cut free from the strip as the final step.

Progressive stamping necessitates a shorter setup time. To ensure the accuracy of the finished products, the metal strip must be carefully set up.

As the base material for progressive die stamping, manufacturers have the liberty to use a variety of metals such as steel, aluminium, copper, stainless steel, and brass
EXPLORE OUR PROGRESSIVE TOOLING SERVICES

Compound die stamping is used to produce simple flat parts like washers. A metal strip is fed through the compound die, but unlike progressive or transfer die stamping, compound stamping tooling performs multiple cuts, punches, and bends in a single stroke rather than multiple strokes. For medium- to high-volume production runs, this can be cost-effective.

Speed is an important factor in compound die-stamping; however, speed is also affected by the size of the part. Large components take longer to exit the die, whereas small components exit faster. Manufacturers benefit from compound die stamping in a variety of ways.

Progressive dies require one or more strokes to create a metal stamp, depending on the complexity of the design. In contrast, compound dies complete the metal stamping operation in a single stroke.

As a result, Compound die and Progressive die each have their own set of advantages and disadvantages. You can select one that complements your objectives based on the complexities of the project and its components. 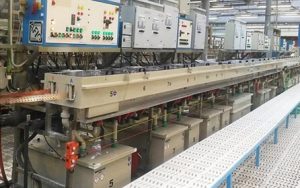 Metal Electroplating: An Expert Guide to the Process 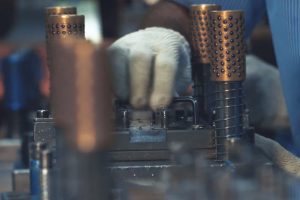 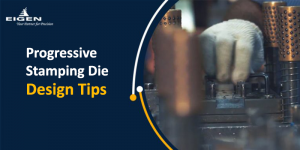